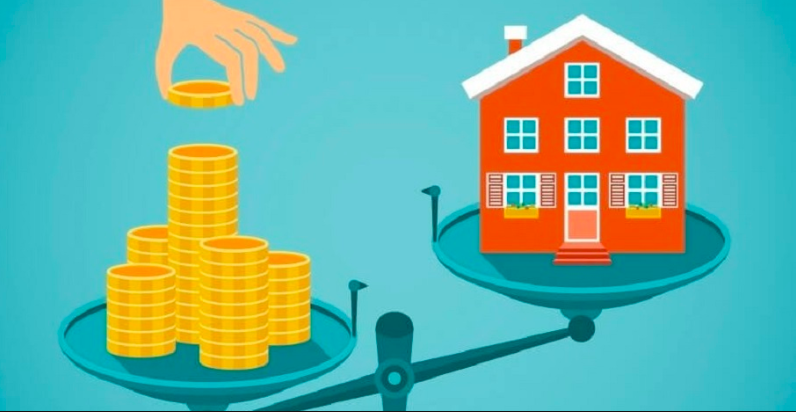 A short and frothy spring season is on tap for the New Jersey housing market this year, as buyers and sellers jockey to take advantage of a brief window of lower mortgage rates before the Fed starts hiking interest rates again in early summer, Jeffrey Otteau, president of The Otteau Group, told a group of real estate professionals this week.

“This relief on interest rates is temporary and rates will continue to rise. This means there will be a window of opportunity from now until Memorial Day when we’ll be back in the sweet spot,” Otteau said.

Otteau’s message for would-be buyers: “Hurry up while you can afford more house.”

He expects interest rates to resume climbing as early as June 2019, rising by as much as 50 basis points in the second half of the year, reversing the price benefits from the interest rate decline over the last few months. The rise will hurt affordability, especially for first-time buyers, he said.

The message for would-be sellers?

Make sure to price your house competitively so it doesn’t linger on the market and lose value. Many sellers make the mistake of overpricing their homes, which results in more days on market and a lower final sales price.

“If you have a home you’ve been marketing for more than two months and it’s not sold, it’s not priced right,” he said. “The longer it takes (to sell a home), the less it’s going to sell for because now you’re got bottom feeders looking for a wounded fish.”

“Homes that are priced right will sell,” he said.  “The winning strategy is to price a home so that buyers viewing it are enticed and feel a sense of urgency.”

Bigger picture, Otteau is upbeat about the NJ housing market, even as interest rates are expected to rise again.

“The (NJ housing) market is now going into a cool-down phase. The market will still be viable but it will take more time and pricing needs to be more competitive as we work our way to the next recession.”

However, Otteau isn’t calling for a national recession until 2022, thanks to record low unemployment, rising wages, and strong GDP growth.

Otteau noted that January saw the largest ever number of contracts for home purchases written in New Jersey.

“Buyers did come back out into the market when interest rates began to fall,” he noted. He added that Millennials, though frugal, are keeping demand for entry-level homes strong.

Inventories of homes in desirable rail towns with access to New York City remain low, another positive factor for the spring market, he added.

While temporary lower interest rates are good news overall for the housing market in the near term, not all price sectors of homes will do equally as well.

Noting that 70 percent of NJ’s population is childless, demand for large, expensive homes in the luxury sector will continue to lag.  Inventory of unsold homes in the $2.5 million-plus range stand at 31 months, compared with 5 months for homes in the $400K-$599,000 range.

In fact, wealthy households are leaving New Jersey at an alarming rate, with nearly 6,000 families with a net worth of $1 million or more having exited the Garden State in 2018, Otteau pointed out.

Other factors besides rising interest rates that will result in a shorter-than-usual 2019 spring market include political uncertainty in the United States, which is making many would-be homebuyers risk adverse.

And because the vast majority of would-be homebuyers know a recession is coming, they fear any home they buy now will be worth less in the future.  This is especially true of Millennials, who are loathe to overpay and don’t see homes as good investments, Otteau said.

Nevertheless, “home prices will continue to rise slowly,” he said.

The U.S. economy “has been growing in terms of economic activity and job creation for 117 months and counting. If cycle continues for another 3 months, it will be the longest period of sustained growth in the economy ever and that’s remarkable.”

As of this writing, the county in New Jersey with the lowest inventory is Essex County with 3.3 months of supply.

Want to know the price forecast for homes in your town?  Give The Tamima Team a call or shoot as an email. (201) 306.0267; tamimafriedman@gmail.com.