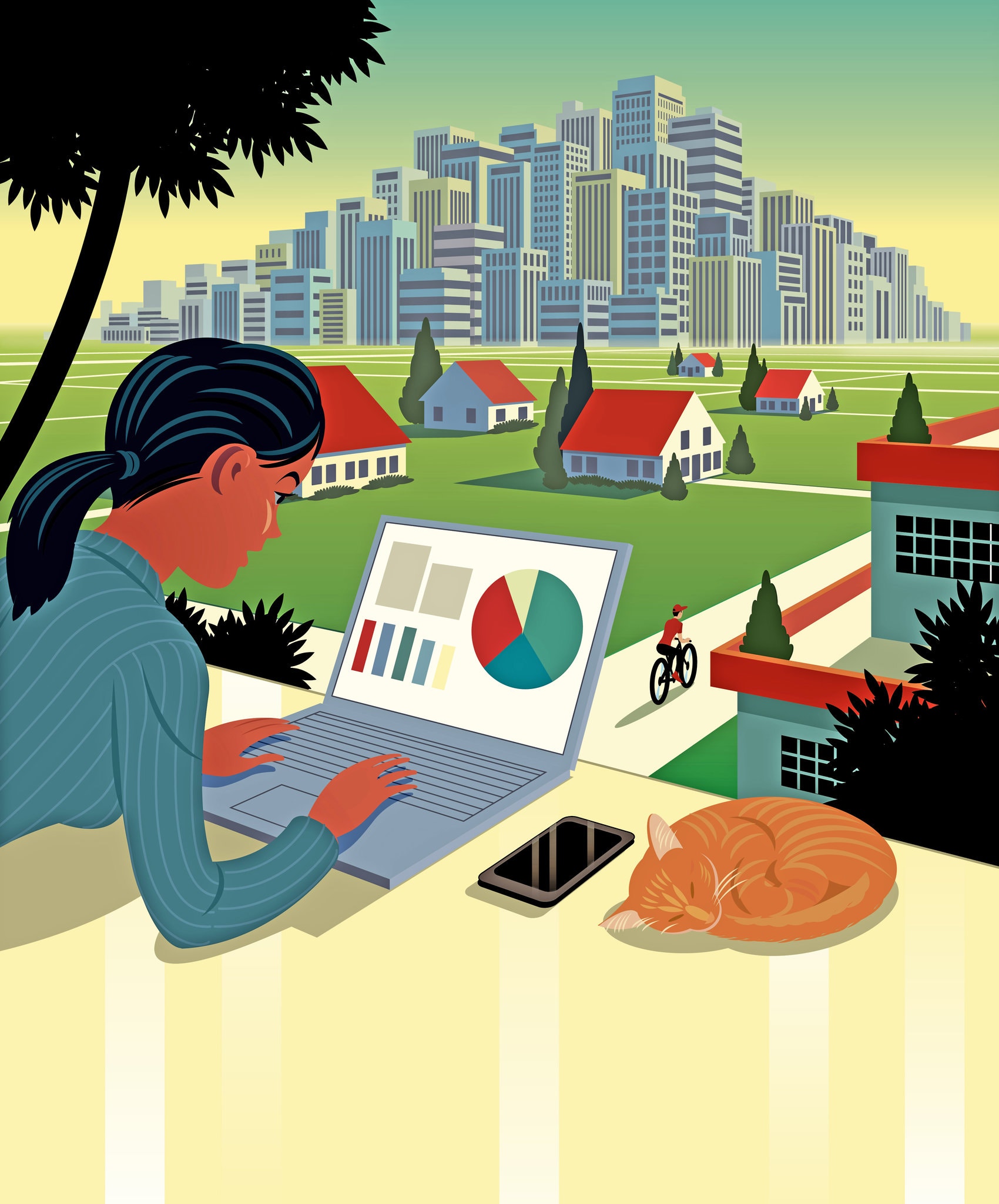 As more people are able to work from home, housing priorities have changed, and different places and types of housing have become more popular.

As wireless technology changes how and where people do their jobs, giving many the freedom to work remotely at least part of the time, so too is it changing their thinking about real estate.

Remote workers still represent a minority of the work force. According to the Bureau of Labor Statistics, as of last year about 24 percent of employed persons worked at least part of the time at home; among those with advanced degrees, it was 42 percent. In a survey last year of 23,000 new home shoppers, John Burns Real Estate Consulting, a firm with offices across the country, found that roughly 30 percent worked at home between one and four days a week; 13 percent worked at home full time.

Nevertheless, as the numbers have grown, some in the real estate industry are wondering about the long-term impact, said Zach Aarons, a co-founder of MetaProp, a New York City venture capital firm focused on real estate technology. Some investors in New York real estate see a potential threat if remote workers start to exit the city for less expensive locations, he said. The looming question is: “Do people live in the city because they like the community, or just because it’s convenient to their job?”

Brad Hargreaves, the founder and chief executive of Common, which operates co-living communities in urban markets, said that while he believed the trend away from daily in-office work would continue, he didn’t believe it would result in an exodus out of major cities.

“I still think there’s a lot of benefit for people living in an urban center, both personally and professionally,” he said. “What will be needed is more flexibility for residential spaces.”

The rise in remote work is already changing people’s preferences in single-family home and apartment design, and affording them greater freedom in choosing where and how to live. Here are seven ways in which the trend is changing the housing market.

“The importance of home offices has almost begun to rival the attention that buyers give to kitchens,” said Robin Kencel, an associate broker with Compass in Greenwich, Conn. “Where they will work is on nearly every buyer’s mind.”

While some buyers just want a comfortable space to plop down with their laptops, others want a dedicated room where they can shut the door and take calls without interruption. “Back in the day you’d have the mahogany-paneled library, but we’re not living in a formal world now,” Ms. Kencel said. “Now, people are looking for more of a textured, comfortable feeling — natural light, doors to a private terrace, and great wall and floor finishes.”