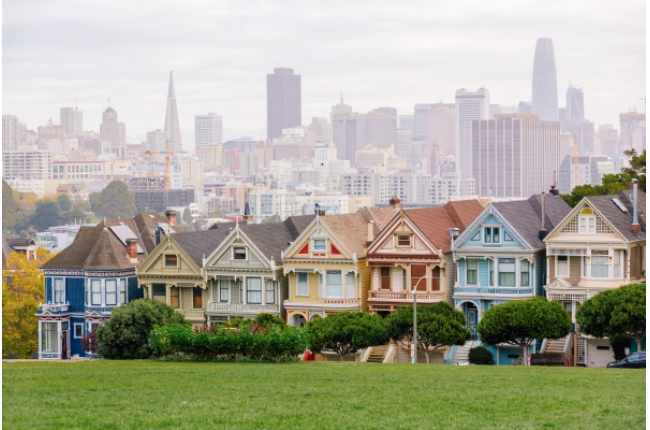 Amid the housing frenzy this summer, U.S. home prices notched their largest one-year uptick (19.9%) in tabulated history—coming in well above the high-water mark of 14.1% set in the lead-up to the 2008 crisis.

To keep up with rising home prices, Fannie Mae and Freddie Mac are expected to announce later this month a sharp increase in the size of home loans that can be federally-backed conventional conforming loans. According to the Wall Street Journal, mortgage firms will begin to offer federally-backed mortgages of up to nearly $1 million in high-cost housing markets come 2022. That’s up from the current maximum of $822,000.

This looming decision is also doing some foreshadowing: When you factor in the historical trajectory of U.S. incomes and the housing market, million-dollar homes becoming the norm in coming decades looks all but certain. Already, median home prices are over or near that threshold in high-income markets like San Jose (currently at a median of $1.25 million); Key West, Fla. ($1.2 million); San Francisco ($995,000); and Los Angeles ($975,000). And before the end of decade, median prices could very well hit that level in places ranging from Boulder, Colo. (currently at $775,000); Boston ($689,000); to Reno, Nev. ($635,000).

“All signs point toward million-dollar homes becoming the norm, rather than the exception in the 2030s,” Nik Shah, CEO of Home.LLC, told Fortune. “Americans are already more than twice as likely to buy a home priced at $500,000 or more, than to buy one under $200,000.”

To give us a ballpark for when we can expect this seven-figure norm, Fortune estimated the year median U.S. home prices would hit $1 million if we continue on our historical trajectory. We calculate that since 1980 U.S. home prices have increased on average 4.56% per year. If you apply that annual average rate to the current median home sales price ($404,700), we’d top a $1 million median price in early 2042—or just over 20 years from today.

This thought experiment is, of course, especially important for younger workers. By the time millennials—let alone Gen Zers—reach retirement, million-dollar homes will have likely taken over markets from coast-to-coast. 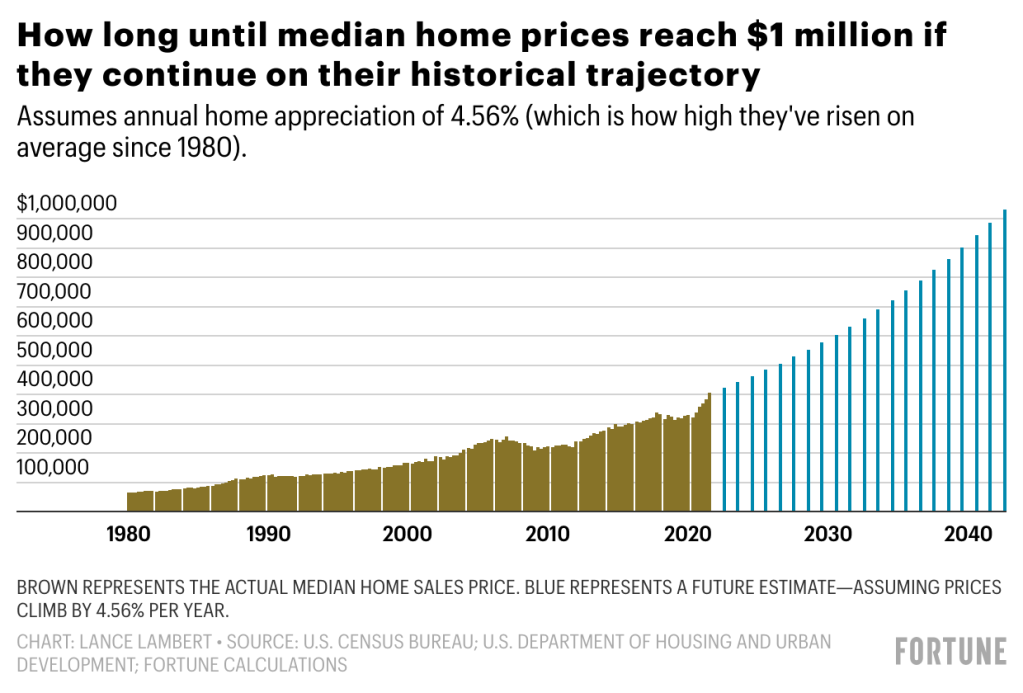